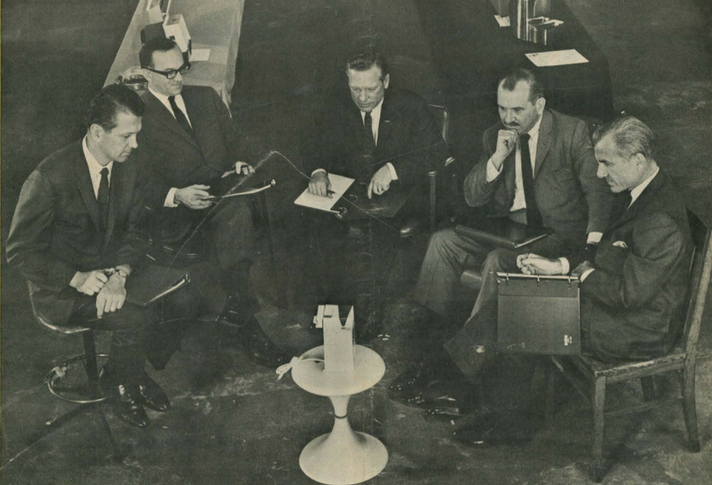 Innovation and design drive the housewares industry today.  Consumers and retailers are always looking for unique new products to brighten their homes and lighten their work.

To add excitement to the International Home + Housewares Show and to recognize current design and innovation in our industry, IHA premiered its Innovation Awards at the 2012 Show.  This program updates the Show’s earlier Design in Housewares Award for today’s fast-paced product introduction cycles. 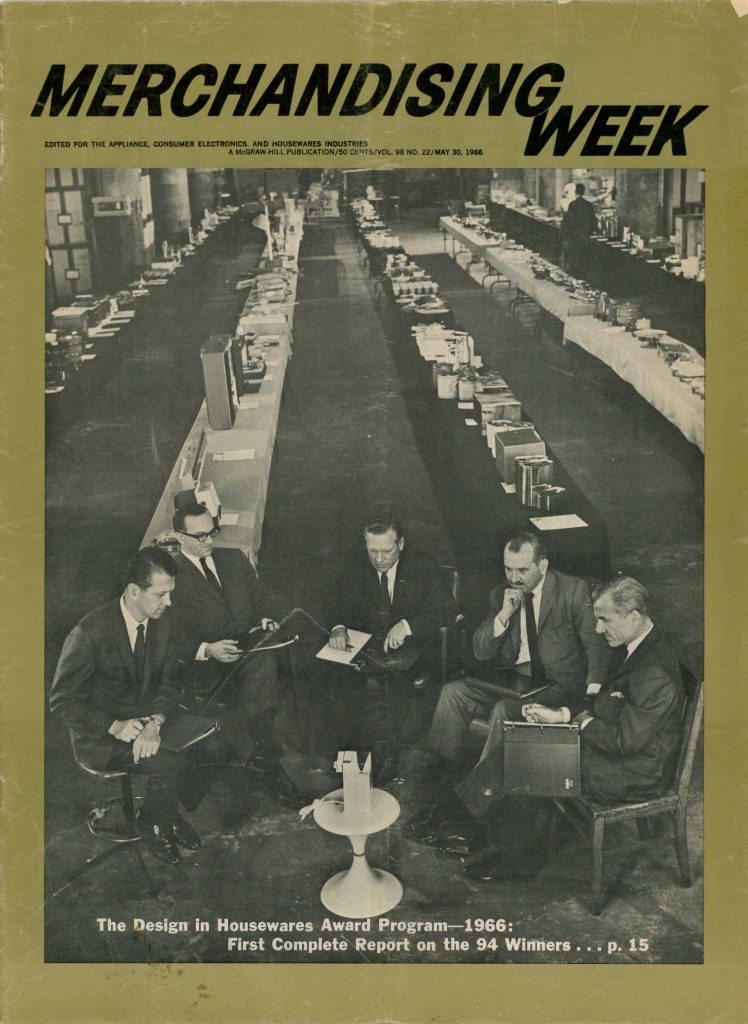 We hear “What’s New?” at every Show. It was the most important question at the “Housewares Show” in years past as well. A look back at the trend-setting products selected more than 40 years ago illustrates items that were new in the market and established categories for time-saving conveniences we take for granted today.

“Back in the day” when department stores dominated the shopper’s world  and long before email and Facebook propelled communication,  IHA was NHMA (National Housewares Manufacturers Association) and ran two Shows a year (January in Chicago and July in Atlantic City).

From roughly 1966 to 1971, the Show conducted its Design in Housewares Award program. Five designers from the National Design Center selected 94 winners the first year.  The judges looked at products at the January Show to select winners that received awards at the July Show. Products were chosen for their excellence in design, quality, function, practicability and aesthetics. 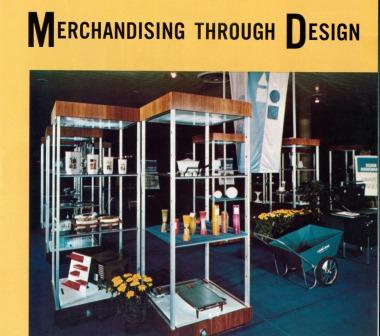 The 1960s were booming years for the consumer economy as U.S. manufacturing, housing construction and employment were at peak levels. NHMA’s new Design in Housewares Award aimed “to foster the growing, sophisticated image of the American housewares industry; and more importantly, to secure its competitive position in the consumer market.”  NHMA stated, “As design has become the major influence in selling today’s sophisticated consumer—and in capturing both her interest and her dollars in a marketplace where a myriad of other goods and services are competing relentlessly for them—the housewares industry at both manufacturer and retailer levels has long been seeking a proper vehicle to ride toward greater sales and profits.”

The Design in Housewares Award provided the stimulus. NHMA promoted winners with national consumer media support. A menu of merchandising ideas included a template for an exhibit that retailers could construct for in-store promotions.

Home Furnishings Daily reported that “Retailers have found fashion and design sells, and they forecast a general swing toward stronger, more fashion conscious merchandising.” The Department Store Economist stated that “Now–the DESIGN EXPLOSION is industry’s answer to the challenge presented by the spending citizens of the soaring Sixties. Household merchandise—from kitchen gadgets to essential furnishings—must appeal to the customer’s educated tastes as well as needs.”

A Time Capsule of the American Home

The items form a real time capsule of trends and styles from the “Mad Men” era of the Sixties. Remember when the Salton Hotray warmed buffet service parties and the thrill of using an electric toothbrush or a cordless carving knife?  What do 1966 picnic coolers or bonnet hairdryers reveal about leisure and fashion?

View some pages from the 1966 awards program to see individual products.

Yes, Design + Innovation still equal Success. Not a retro idea, but a way to attract retailers and consumers in today’s social media-driven market. Today’s award-winning products may predict trends of the future as they did in the past.

For the past four years, the IHA Innovation Awards have honored the best in product design at the International Home + Housewares Show. The award’s name and tagline have now changed to the IHA Global Innovation Awards (gia), Honoring Product Design Excellence.