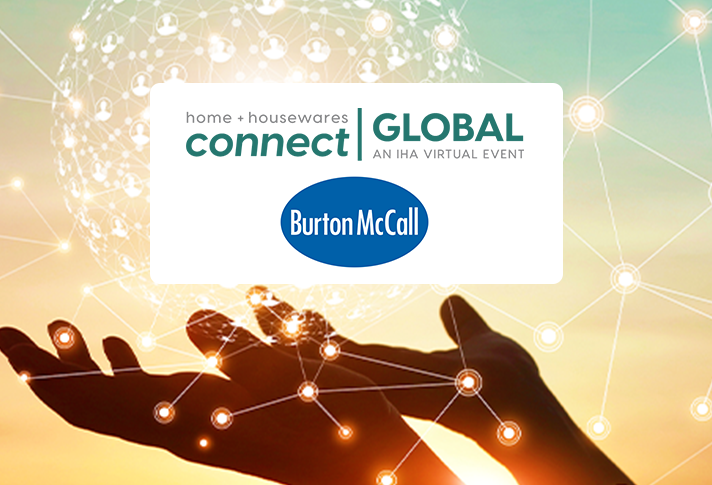 Burton McCall is an independent, 60-year-old, family-owned specialty distribution company centrally located in the heart of England. It has an established multi-channel network with exclusive distribution agreements in the UK and Ireland, according to Michelle Dickinson, managing director at Burton McCall Ltd, during her keynote address on the second day of Connect GLOBAL, this year’s virtual edition of the International Business Council’s Global Forum.

Dickinson began her presentation with an overview of demographics of the United Kingdom, highlighting consumer profiles for the region, followed by information on Burton McCall and how the distributor works with its supplier partners.

The UK comprises England, Scotland, Wales and Northern Ireland. While the population continues to grow, it is expanding at a slower rate and aging, as people live longer, Dickinson said. More young adults are living with their parents because housing is expensive, and an increasing number of people are living alone. At the end of 2020, the UK’s population was 67 million: Greater London in England alone has a population of 9.7 million, compared to Scotland with 4.5 million people, Dickinson said.

Average income has remained broadly unchanged at £29,000 between 2019-2020, and it has grown by approximately 7% over a 10-year period, she said. Factors influencing income growth include:

Dickinson said e-commerce has resulted in a shift to fewer store opening. Locations that provide greater brand exposure and enhanced customer engagement are key. The top 10 retailing cities in the UK and their average spending are:

Northern Ireland doesn’t appear in the top 10, Dickinson said. The UK does not face any particular distribution challenges, and anywhere on the mainland can be reached within 24 hours, she added.

Holidays influence consumer purchasing in the UK, but some not as greatly as in the US, Dickinson said. During November and December retail sales see the highest activity, led by Christmas shopping, Black Friday and Cyber Monday. Easter is not big in the home channel, she said, but it is key in garden centers as spring kickoff.  Halloween also is not as big a holiday in the UK as it is in the US. Other promotional dates include Back to School, Valentine’s Day, Mother’s/Father’s Day and Amazon Prime Day.

Supermarket is the dominant channel in the UK, with Tesco being the largest retailer with more than 3,000 outlets, followed by Sainsbury’s with 1,400 and Asda with 631 stores. Tesco and Sainsbury’s have similar customers, while Asda, once part of Walmart, generally has a lower-salary customer looking for value, Dickinson explained.

Supermarkets did well during the pandemic as essential shops, including supermarkets, were allowed to open during lockdown, Dickinson said.  Independent and High Street stores weren’t open during the pandemic, providing “a boon” for Tesco and Sainsbury’s on Mother’s Day, when consumers purchased a lot of flowers, and on Valentine’s Day for flowers and cards, she added.

Dunelm and Lakeland are very good for homewares products, Dickinson said. When Lakeland backs a brand, it markets the brand very well, and it also has a strong digital presence, she said. Garden centers, also very important, have expanded beyond selling plants to offering jams, honeys, other foods, homewares and clothing.

Other key retailers looking to engage beyond their “Own Brand” include Next, which began as a fashion store and is now very big in the UK for other categories, and Marks & Spencer. One effect of the pandemic is retailers are looking to add brands that will attract different types of customers than they had pre-pandemic, Dickinson said.

Dickinson discussed Brexit, the withdrawal of the UK from the European Union.  After 47 years as part of the EU, on Jan. 31, 2020 the UK officially left the EU. The break had been four years in the making and caused a split in the nation so personal that families were arguing over the decision, she said. However, the pandemic has prevented the full reality of Brexit and its economic impact to be known, Dickinson added. Covid lockdown restrictions are beginning to ease, and England is working toward lifting all restrictions by June 21.

Forecasts predict UK GDP growth of 4% in 2021 and 7.3% in 2022. “We have all this pent-up aggression and money that people haven’t been spending, and we want to go out and spend it now!” Dickinson said. “Retail is open and we see people going back into stores.”

Burton McCall’s core focus is to provide quality brands and superior service, Dickinson said. Services include brand and sales management, marketing, service and logistics. “We want to put the customer and sales at ease,” Dickinson said. “Our salespeople are different depending on the channel.”

For example, a home-focused salesperson would not be sent to an outdoor store. “Outdoor personnel come to work in sandals and shorts, and you don’t find that attire in cookshops,” she said. The multi-channel network includes housewares, High Street, supermarkets, outdoor, HORECA, DIY and military stores.

Burton McCall partners with many US brands including Aladdin, Microplane, Stanley, Stasher and Zoku. Dickinson said the distributor is particular about the brands selected for its portfolio, wanting brands to get along and be harmonious. “We don’t add brands that compete with each other. We want the portfolio to be harmonious and work together,” she said.

Dickinson emphasized that the distributor’s relationship between brand principals and its staff “is a brand partnership and it only works if it is a partnership. It is really important to us that we build that close working cooperation.”