Home centers have expanded throughout Japan to the point that they are indispensable for consumers in every region. There are showing signs of an upturn in the economy, but retailers in the home center industry are still facing an uphill battle against market saturation caused by an increased number of home center stores. However, on the other hand, the interest by women in recent years in DIY, hand-made goods, and general craftsmanship is on the rise, and the promotion of home centers through TV and magazines as a home ground of hand-made is leading to increasing interest in DIY and home centers, with this trend forecasted to continue into the foreseeable future.

The key industry event for the DIY industry in Japan, JAPAN DIY HOMECENTER SHOW is an annual event organized by the Japan DIY Industry Association. Held under close cooperation between the member companies of the association from three different sectors of manufacturers, wholesalers and retailers, the show is the most significant event to share information in the Japanese DIY/home center industry.

Established in 1978, JAPAN DIY HOMECENTER SHOW is proudly celebrating its 50th edition in 2014. The Show last year, 2013, featured 412 exhibitors from Japan and overseas presenting in 925 booths and hosted 86,000 visitors.

For more information on the show, see the show’s website at http://www.diy-show.jp/2014/e/. 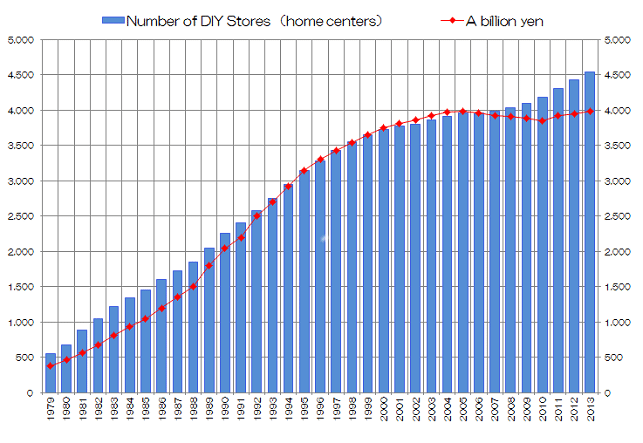