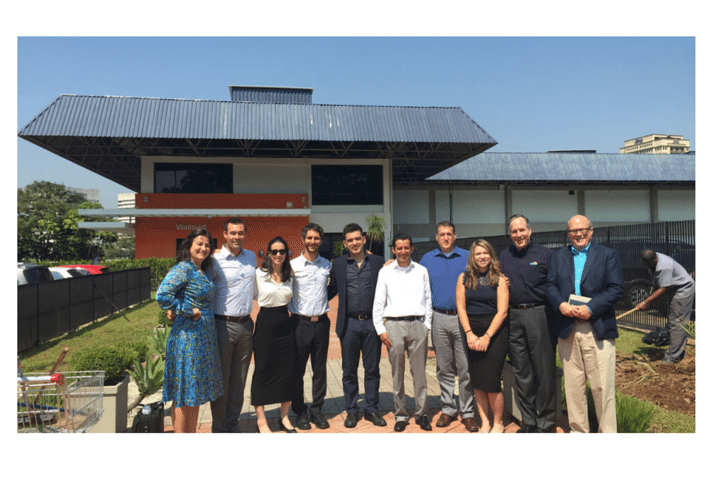 A motivated group of International Housewares Association supplier members gathered in September in São Paulo to begin a six day mission that would involve tours of leading retail stores in São Paulo and Bogotá and preset one-to-one meetings with important retailers of housewares and home retailers in both markets.

On Sunday, September 13, our intrepid group boarded a bus in front of our São Paulo hotel on the first leg of our mission; visiting key retailers in this market. We stopped at Etna, Walmart, Tok&Stok, Camicado, Sodimac, C&C Casa e Construção. During each stop the suppliers had the opportunity assess their positioning, competition and pricing in advance of the prearranged meeting with buyers that followed on Monday and Tuesday.

Even in the face of the strong US Dollar and other economic challenges, the suppliers were able to make a positive impression on the buyers they met. Many felt that the face-to-face meetings with key merchants laid the groundwork for future market growth.

Eduardo Lemus of Picnic Time noted, “The Trade mission to Brazil and Colombia has made it possible for Picnic Time to gain access to key buyers in each market and begin the conversation that we believe will lead to long term relationships.  The Trade Mission also helped us gain so much perspective of these two markets.”

After a dinner with reps and distributors on Tuesday evening, our group boarded an early Wednesday morning flight from São Paulo to Bogotá. We were met at the airport by Manuel Gutt, IHA’s representative in Colombia who served as our guide for the next several days.

Our first agenda item was a bus tour of key Bogotá retailers so that, once again, these suppliers would be armed with first-hand knowledge of the retailers we would meet with on Thursday and Friday. Among the things that we discovered was the vitality of this market. We visited malls and stand-alone retailers and witnessed a vibrant retail scene.

“We were encouraged by the sophistication of the Colombian retailers and their eagerness to do business,” said Alexandra de la Riva of MadeSmart Housewares.

On Thursday and Friday we visited the offices of Home Sentry, Cachivaches, Sodimac (Home Center), for meetings with owners and buyers.

As our mission wound down with a sendoff dinner on Friday night at bustling and energized Andres Carne de Res restaurant in Bogotá, the group agreed that this week in the two markets was time very well spent.

We hope to see you on future IHA Trade Missions. For more information email Lori Szudarek at Lszudarek@housewares.org.