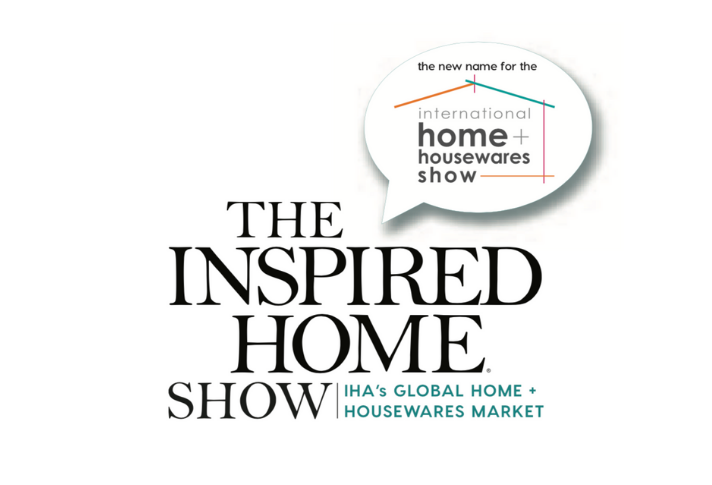 For independent gourmet kitchenware stores, this move tracks right into what they’ve been doing for a while. 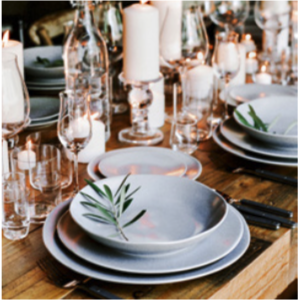 “It is an interesting concept that kitchenware retailers have embraced for some time,” says KC Lapiana, owner of Pittsburgh’s In the Kitchen and head of the HTI buying group.

Indeed, as a side business to cookware, gift giving has been on the radar for many smaller retailers for years, whether those gifts are for cooking, for cleaning or finding a margin of business the big guys aren’t tapping into. Casting a wider net leads to reaching more shoppers, retailers say.

Ollie West, owner of The Pot Rack in Leavenworth, Kan., has extended the range of his store since opening in 2008, expanding from 1,000-sq. ft. to a current 3,500, mostly by adding to the store’s merchandise assortment. That includes a bridal registry and cooking demonstrations.

“We are able to offer a wider selection of product, including textiles and tabletop and we do a great gift business,” West says. “People need hostess gifts and want to celebrate a wedding anniversary. It gives the consumer a great opportunity to buy something.”

“The IHA board of directors, IHA staff and our external design partners have been working on this change for over a year,” says John Collins, president/CMO of Neatfreak and 2018-19 IHA Chairman. “We started with a blank canvas to develop a name and brand that would set the right tone for the industry, positioning our Show for the future. In the end, we leveraged our existing consumer brand, The Inspired Home, extending it to the trade as we found a clear convergence between product suppliers, retailers and consumers through lifestyle branding.”

Lapiana agrees. “Merchandising in store to complete a whole concept for kitchenware consumers is a priority, and gifts, kids and pets all have to be included,” she says. 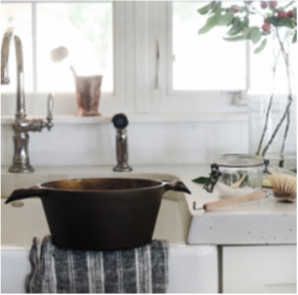 “I am a big believer in experienced-based shopping,” says Cat Fisher, who, before delving into kitchenware with South Orange, N.J.-based Kitchen a la Mode, managed other retail business including those in clothing and textiles. “You need a reason to come into the store.”

Fisher adds that variety is the spice of merchandising. “I like to offer such experiences as coffee tastings, trunk shows and knife sharpening,” she says.

“As the premier home and housewares event in the world, our members, exhibitors and retail attendees expect a Show that reflects current trends and attitudes” says Derek Miller, IHA president. “The Inspired Home Show will maintain all relevant aspects of the International Home + Housewares Show while introducing new elements that help product suppliers and retailers meet the needs of the changing consumer market place.”

It is not the first time IHA has changed the name of its annual event to meet both consumer and industry dynamics. Until 2003 the event was known as the “International Housewares Show,” changing to “International Home + Housewares Show” in 2004 to reflect a scope beyond individual products and moving toward the overall home environment. 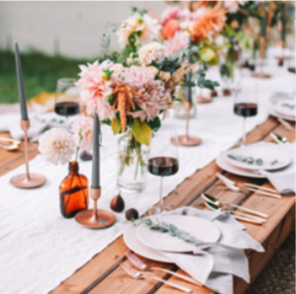 The Inspired Home Show, IHA’s Global Home + Housewares Market will have an updated look and feel closely aligned to the current The Inspired Home consumer platform, incorporating lifestyle imagery and classic colors, as well as remaining a trade-only event maintaining the five expos in one format at Chicago’s McCormick Place.

Even a tightly edited store like Artichoke in Cincinnati makes room for lifestyle imagery, says owner Karen Hughes. “Our store is oriented for urban living,” she says. “We have a lot of people who come in to buy gifts. But while it is generally cookware, we have items that make great gifts like barware and cheese service pieces.”

It is about setting the table as well as the image, says Lapiana. “It is about creating the ‘at-home feel’ so that people can say, ‘Isn’t this easy, even I can do it.’”

In addition to IHA’s current Housewares.org website, The Inspired Home Show will also be supported on an all-new website found at TheInspiredHomeShow.com.  The Show will take place March 14-17, 2020.