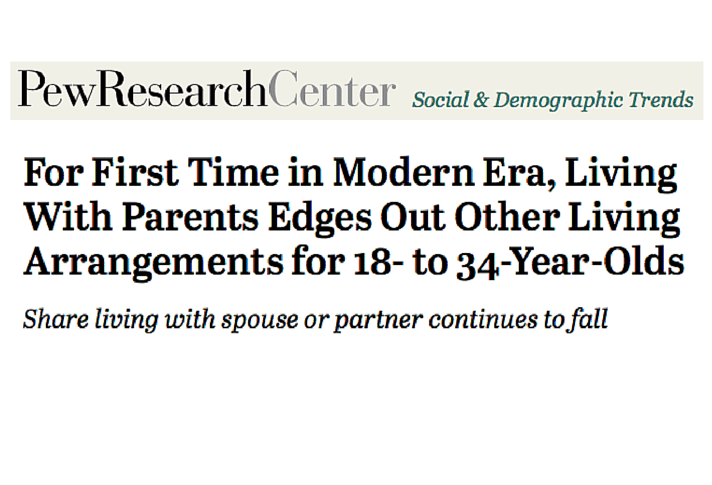 Staying with Mom and Dad is now the most common young adult living arrangement for the first time on record, according to the Pew Research Center, mostly thanks to a drop in the number of young Americans who want to settle down with a romantic partner.

It is a trend that predicts the number of households being set up within that age group and one that housewares retailers might want to watch.

In 1960, 62 percent of the nation’s 18-to 34-year olds were living with a spouse or partner in their own household, but by 2014 that number had dropped to 31.6 percent of that age group. Some 14 percent of young adults were heading up a household in which they lived alone, were a single parent or lived with one or more roommates. The remaining 22 percent lived in the home of another family member, a non-relative or in a dorm or other group quarters.

For men in that age group, living at home with mom and/or dad has been the dominant living arrangement since 2009. In 2014, more young women (16 percent) than young men (13 percent) were heading up a household without a spouse or partner.