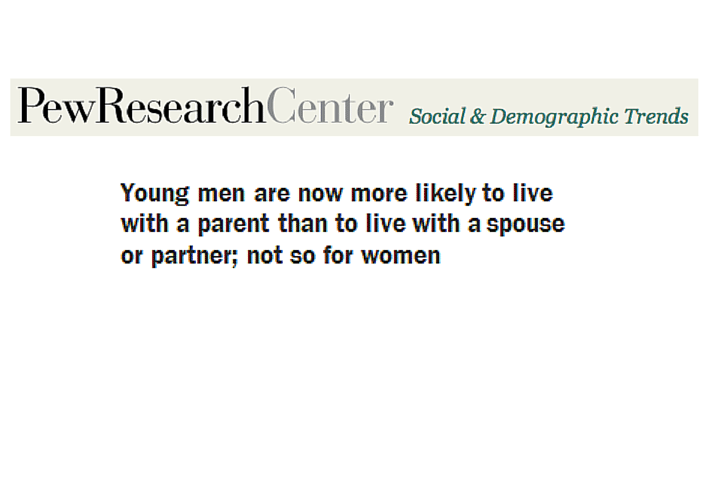 For the first time since the 1880s, more young adults are living with their mothers than living with a spouse or partner, a trend that may have an impact in how that group shops for housewares.

According to a new Pew Research Center report, census data shows that adults ages 18-34 were more likely to be living with their parents in their parents’ homes, rather than setting up their own households with a romantic partner. This turn of events comes as there is a dramatic drop in young Americans who want to settle down with a spouse before the age of 35, according to the researchers.

For about 130 years, the most common living arrangement among young adults has been with a romantic partner, peaking around 1960, when 62 percent of the nation’s 18-to-34-year-olds were living with a spouse or partner in their own household, and only 1-in-5 were living with their parents.

But by 2014 that figure had dropped to 31.6 percent of young adults living with a partner in their own household, with slightly more choosing to live with their parents. But, as always, men and women differ and in this case for men ages 18-to-34, living at home with mom has been the preferred living arrangement since 2009.

More young women also headed up a household without a spouse or partner, the researchers found, mostly because women were more likely than men to be single parents.

Of course, other factors like education, race and ethnicity were also linked to the living arrangements of young adults, with those folks having a college degree faring far better in the labor market, which in turn made it easier to establish their own households. (For more details see this month’s stats story.)