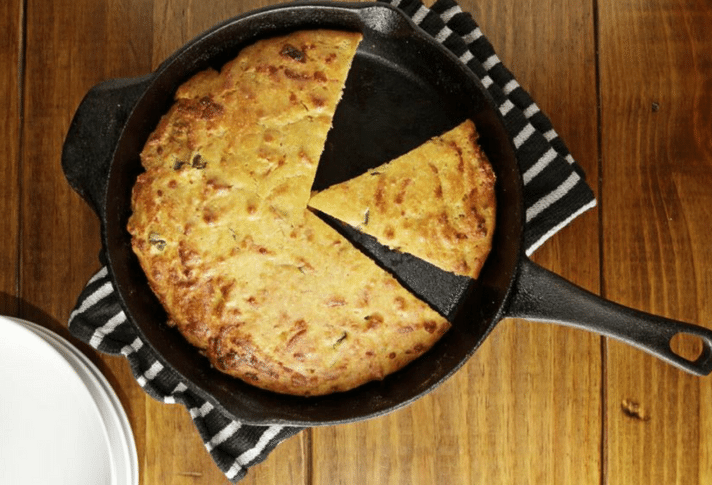 A staple used by pioneers, cast iron cookware is now being embraced by millennials. Specialty retailers say the 18-to-34-year-old crowd has led to an uptick in sales of the durable cookware, from high-end to basic pieces as millennial customers, who love local artisanship as much as they love value, find the two combined in pans in the style of those their great-grandmothers used.

Cast iron sales are up on registries, typically aimed at younger consumers starting up new households. In the South, where tradition reigns, cast iron is always on the bridal registry, says Martha Nading, owner of The Extra Ingredient, in Greensboro, N.C.

“For most of my bridal registries a 10” or 12” cast iron pan is selected,” she says, adding her store has showed an increase in cast iron sales over the past year. “I would say sales in the South are always strong in this category. Southerners love cornbread cooked in cast iron.”

Dan Saklad, owner of Whisk Carolina, in Cary, N.C., is another retailer charting the cast-iron trend. “Lodge Mfg. cast iron is hot right now,” he says. “People are coming in to buy it in many sizes and shapes.” Millennial customers seeking a link to tradition are among those who are shopping for the cookware.

“Even though Lodge is at every retailer, including Target, Walmart and Bed Bath & Beyond, we still sell a lot of it at Whisk,” he says. “As cooks we all know how amazing cast iron can be. But I think people are seeing it more and more on TV and realizing that it is not only great, but something that their grandmother used. They love the nostalgia of trying to recreate some of those family favorites in cast iron.”

The cast iron resurgence is not only a Southern trend. In Seattle, Wash., basic cast iron cookware from Lodge has been strong for the past several years, says Amy Pomp Lorette, general manager of Mrs Cook’s. Now she says the price point of the kitchen staple has been rocketing up.

“What we’ve noticed lately is an uptick in designer cast iron, Finex in particular,” she says of the Portland, Ore.-based manufacturer. “The fact that it is very local to us is appealing to our customers. They appreciate that it is handmade in the U.S. and has some features that set it apart from the more widely known Lodge, and they are willing to pay the premium price.”

And that price is indeed premium: hundreds of dollars more for a Finex 12” pan than one from Lodge Mfg., based in South Pittsburg, Tenn.

“Our customers like the Finex story,” says Pomp Lorette, adding though that she isn’t sure of the millennial connection with those sales except that “millennials also like traditional cast iron because it is generally less expensive than most cookware we sell.”

Sales of high-end enameled cast iron, like Le Creuset, are also on the rise for Anne Dowell, owner of Apron Strings, in Hutchinson, Kan. “Our customers want the best quality and aren’t afraid to pay for it,” she says.

Dowell, like other retailers, has found that consumer education is a key to sales, as many shoppers aren’t sure how to cook in cast iron, enameled or otherwise. “We have devoted several cooking classes directly to the Le Creuset cast iron and that has helped our sales tremendously,” she says. “We make sure we use the pans in some aspect of most of our cooking classes as well.”

She says television cooking shows have also helped sell the cast iron category to her shoppers. “Seeing the Le Creuset brand being used on TV cooking shows has sold pans for me, too,” she adds.

Dan Saklad at Whisk notes customers new to cast iron need some advice on care and maintenance, as well as the endless possibilities of cooking in cast iron.

“We end up doing a lot of training for people who bought cast iron at garage sales or in antique stores,” he says of the current craze for antique cast iron. “Even though they did not buy it from us, it is a service we provide which adds value. Anything to create a customer for life.”