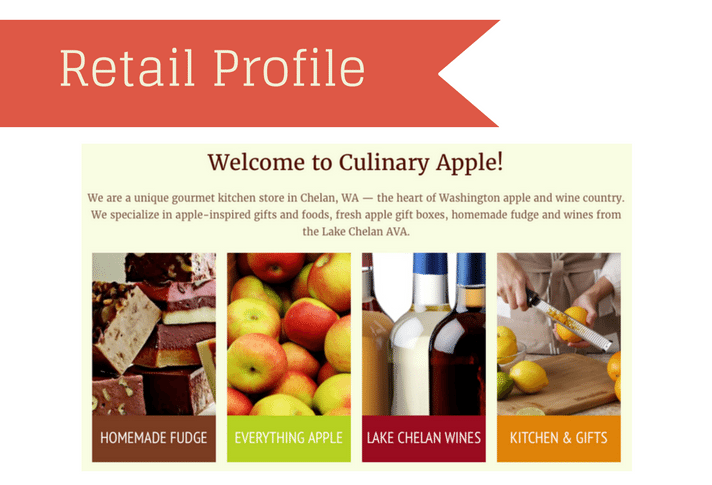 When Sue Hoffman first opened her store, The Kitchen Shoppe, she focused on selling manual kitchen gadgets. But then engineer Carl Sontheimer introduced an appliance that became known as the Cuisinart food processor. The impact on Hoffman’s business was also electric, her son Dan remembers.

“The Kitchen Shoppe started out as a gourmet product and gift store, but evolved into a cooking school when customers started asking for demos on how to use the Cuisinart,” he says. Sue then expanded her store, renovating an adjacent barn to accommodate those demos, which soon led to full-scale cooking classes.

“There was a push to learn how to use something as functional and as brand-spanking new as the Cuisinart,” says Dan Hoffman; and also, he adds, the microwave, another newfangled product of that time. It was a retail lesson that stayed with the Hoffman team: cooking lessons sell products because consumers want to learn how to use the products they buy.

Thanks to that expansion into the barn, the location has 7,000-square feet of retail space boasting a range of kitchenware products—small electrics, bakeware, barware, cookware and cook’s tools are all represented here. What’s not is china, serveware or linens, says Hoffman.

“Our niche is more functional: Our in-house bridal registry is about the real person who enjoys cooking,” he says. And that plays out in the cooking school, which complements the product range.  “I think the cooking school is a pretty robust size for our area; we also have guest chefs, which gets attention,” he says. “The product range complements that. Customers like to see a product used in a professional way rather than simply demoed inside a store.”

Hoffman hires chefs for cooking school classes, saying that having professionals using cookware sold in-house helps sales in a way that simply demonstrating the products does not.  “Our customers can see the product used in a recipe, and that has more validity,” he explains. “They relate better to professional chefs than they do to instructors. Even if they don’t ever make the recipe again in their home kitchens.”

Located on an interstate crossroad that is on the way to many places, The Kitchen Shoppe & Cooking School benefits from snow-bird customers dropping in as they head south for the winter as well as folks traveling to Pittsburgh and Philadelphia along the busy highways.

The cooking class structure accommodates those drop-in visitors by making it easy for bus tours to stop by for classes. But as Hoffman says the “majority of our customers are from our back yard.” To that end, the Hoffman team fosters the customers of the future: the local classes have included instruction on a wide range of cooking techniques that cater to children, including those like cooking gingerbread men.

For Dan Hoffman, who grew up in the business and became a sales rep after college, returning home to run the store as his mother transitioned to running the cooking school is a nice reminder of the generational aspect of their long-running retail business.  “We now are getting customers’ kids and their grandkids coming in for classes,” he says. “The cooking school helps develop a whole set of customers that we would not have had otherwise.”

Will his own kids grow up in the family business?  “My kids are a little too young; that’s yet to be seen. You don’t know where the industry is headed,” he says. “You wonder in the long run how the industry is going to be positioned in the next 15 years.”