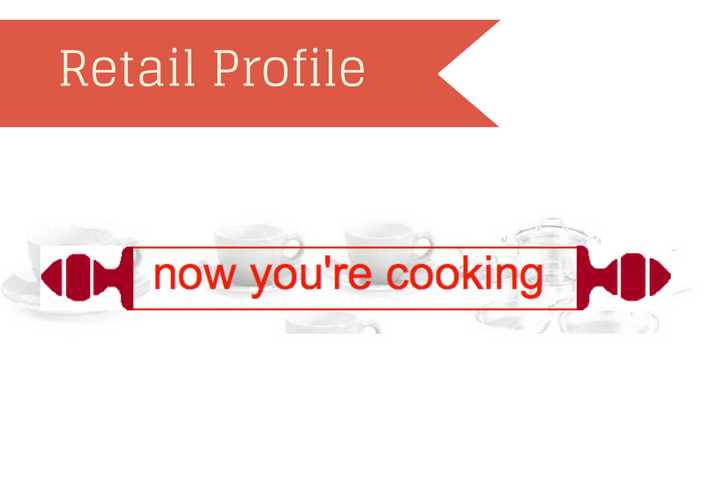 As one of the owners of Now You’re Cooking, in the college town of Ithaca, N.Y., Martins and his business partner Barbara Lynn count scientists and professors from nearby Cornell University as customers, along with the usual foodies seen by most kitchenware shops. And sometimes requests from the academic crowd can get, well, “a little weird,” Martins says.

One customer, a genetics researcher, bought a high-end Italian-made sieve and showed it to visiting scientists from China. She billed the sieve as a tool she had developed to separate adult aphids from baby aphids, and her visitors were impressed. Aphids are widely used in genetics research and separating adults from babies is a chore. The sieve worked perfectly for this application.

The researcher then bartered her “special-aphid-separating tool” for some proprietary Chinese aphid research and snuck back down to Now You’re Cooking to buy boxes of the sieves to deliver to her visitors. Martins helped her by “scraping off all the price tags and any other labeling identifying the sieve as a kitchen tool,” he says. “She ran right back to the lab from the store, boxes of sieves in hand.”

And it gets weirder when it comes to small electric appliances. “We get people coming down from the science labs asking us, ‘Will this food processor chop up cockroaches?’,” Martins says.

His answer? “I don’t really know. It’s not in the manual, I mean those companies don’t test for that.” (His customers reported back that, yes, they do work.)

Though located in a scenic pedestrian mall, smack between Cornell University and Ithaca College, Now You’re Cooking’s customers are professors, town residents and people who are visiting the area, rather than undergraduates, Martins says, even though the store is surrounded by college kids.

“The only student customers we get are international students because they can’t find the cooking vessels they need for their home-country dishes in Walmart,” he says, citing paella pans as an example.

And most customers are actually interested in cooking, not aphid sorting. Thanks to the requests of the widely travelled members of the academic community, the two store owners have focused on international cookware over their past 30 years of operation. Martins notes that includes bringing in espresso machines before the small appliance became ubiquitous.

“Espresso makers were a request from the Cornell professors who would go abroad on sabbaticals and come back talking about the fabulous coffee they had had in Italy,” he says. The number of foreign researchers and visitors arriving in Ithaca to spend time teaching at Cornell has also helped boost support for a wider range of products in the store, he adds.

Martins also says catering to the academic crowd makes customer service for his store all that more important, as they must have the knowledge to explain the products in depth to their inquisitive customers.

“That a product works and is pretty isn’t enough to cut it here,” he says. “People shopping here are always worried about what is in the product: whether it is BPA free; whether it is renewable; where is it made; what is it made out of. Our customers read a lot and want to know everything. It keeps us on our toes.”

Martins credits his manufacturer’s reps for helping keep his team up to speed on the basic product knowledge: “My reps come well prepared, but often we have to call the companies for more information.”

And it’s not just international cookware on the menu. His sales team needs to explain how to use more basic American cookware to those customers here from other lands who want to make traditional American meals. To that end, Martins employs several women over 70, including one who at 86 shines as a beacon to cooking novices. “Everyone looks at her and thinks she knows how to cook,” Martins says.

That employee, he says, has other key retail experience, lost on the younger set. “She knows how to make change,” Martins says. “The Cornell kids I hire to work here haven’t had the experience of making change.”

The bottom line though, is good old-fashioned customer service. “We spend a lot of time talking to our shoppers about what they really need. I’ve talked people out of buying a pasta machine because it was wrong for them,” he says. “You may not make the sale that day, but if you tell people the truth, they come back because they trust us. It is just good business.”

Martins remembers a customer from China who was a graduate student at Cornell and wanted recreate a many-tiered layer cake that she had been served at the home of one of her professors. While a brilliant researcher, layer cakes were outside her comfort zone.

“She came into the store looking to buy a stockpot thinking that was the tool to make a ‘big volume cake,’ along with a barbecue skewer, which she thought would work as a cake tester for that cake since it was long enough,” he says.

That customer was intercepted by Martins, who then explained that layer cakes were actually baked in layers, directing her to use several pans rather than one large stock pot.  Years later she came back into the store, found him and said, “Remember me? You taught me to cook.”