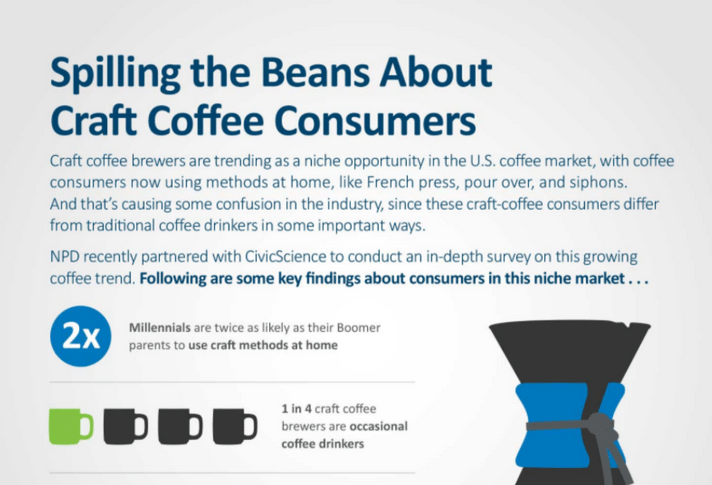 Millennials are at the center of the niche for craft brewing at home, according to The NPD Group.

A recent report from NPD doesn’t specify whether millennials are brewing coffee in their own homes or in their parents’ basements, but the important thing for specialty retailers is that craft brewing is making it out of the coffee shop and into a home kitchen.

Some key findings of the NPD report include: