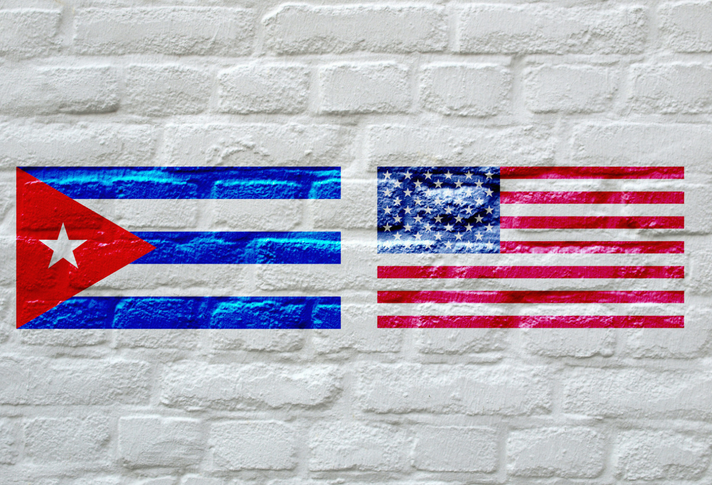 IHA Staff conducted a recent market visit to Havana, Cuba to assess the market potential of this relatively closed and unknown market.  Due to the lifting of certain restrictions by U.S. citizens to visit Cuba, more and more Americans are beginning to visit this nearby country, and there is the potential in the coming years that U.S. housewares companies will be able to directly sell into the market.

From a U.S. visitor’s standpoint, one must have patience and understanding when traveling to Cuba.  Besides requiring a visa to visit, U.S.-based credit cards are not accepted for payment anywhere in Cuba.  Americans must use cash (or a non-U.S. based bank credit card).  Additionally, the exchange of U.S. currency to the Cuban Convertible Peso (CUC) comes with an additional 10% surcharge (above and beyond the 3% exchange fee charged to users of other foreign (non-Cuban) currency).  The CUC is pegged at 1 CUC to the USD, so converting generates an immediate loss of 13% to the American visitor.

Additionally, there is a relatively little smart phone/wi-fi infrastructure in Cuba, so during much of one’s visit, there will be little access to email or social media.  Very few of the local population had smartphones. Some of the larger hotels have wi-fi, but service is spotty at best and good connections are usually made only in the early morning or late evening.   Finally, service by the hospitality industry, while friendly, is generally slow, and not at the level of many other countries in Latin America.

However, Cuba felt extremely safe and was a fascinating market to visit.  It’s as if one traveled back in time to the 1950’s. Besides many of the taxis being actual U.S. made cars from the 1950’s, many of the buildings appear dilapidated and not updated/improved since the U.S. embargo of Cuba in 1961.  There are beautiful historical buildings right next to decrepit structures that are falling apart. It appeared obvious that the market and consumers will experience great change after the U.S. embargo is completed lifted.  The private sector will then have access to American goods, and American tourism dollars will increase income to those working in the tourist sector, especially with the generous way that Americans tip!

The Cuban government still provides for most of the population.  They are the primary employer in the country (75%), still subsidize most of the basic food commodities, and offer free education and healthcare for all Cubans.   The country has one of the highest literacy rates in the world, with compulsory education until the age of 14, with even university education being free.  On the other hand, most citizens survive on ration cards that are used to procure the basic food commodities at La Bodega (supermarket), La Carneceria (butcher shop), and La Lecheria (dairy store).

The government also controls most product availability and the flow of goods.  It limits the quantity of subsidized goods available to families, and there is often a lack of supply of the basic goods in supermarkets/bodegas.  There is a very limited selection of hard goods.  There are no wholesale suppliers in Cuba – the HoReCa market / private restaurants and hotels buy from the same supermarkets/bodegas as consumers.  If a private restaurant buyer comes in early and buys out the existing inventory at a bodega, it would leave Cuban consumers without their basic needs until the next shipment of goods arrive in the store.

There is little chance for the average consumer to be able to afford U.S. or internationally branded goods.  Local prices are similar or slightly lower than typical U.S. retail prices, however, monthly salaries from the government cannot cover even a family’s daily needs.  The average salary is about 562 Cuban pesos (CUP) per month, which equates to about 24 Convertible Pesos (CUC) or 24 USD per month.  With tips from international visitors, a taxi driver can make more in a few days than a university professor makes in a month.

Therefore, individuals must supplement their government income in order to survive.  They do this by obtaining money from relatives abroad; by working in a mixed enterprise (such as at a hotel, receiving tips); or obtaining a second and even third job.   Selling peanuts/foods on the street (“Merolicos”) is a very popular way for individual to make extra income, especially senior citizens.  Inequality will continue to increase in Cuba as more people move out of the public sectors (working for the government) and into the private sector.

There is a growing private sector called “Cuenta Propistas”, the equivalent of American entrepreneurs.  The Cuban government considered them a necessary “evil” in the past, but now Raul Castro recognizes this sector as the key to Cuba’s future.  These Cuenta Propistas are primarily in the restaurant, lodging and arts sectors currently.  While they are not controlled by the government, they do require government approved paperwork and are inspected by the government regularly, which then take a portion of the Propistas’ earnings.  Housing, food and transportation are the most successful businesses in the private sector, as the government can’t fulfill the needs of people.   Foreign entities must have mixed ownership, with the Cuban government owning 51% and the private owners having 49%.  These Cuenta Propistas are likely to be the (only) immediate market for U.S. goods once trade with the U.S. is opened.

A visit to a home / housewares store will show very basic and low cost goods.  Plain dinnerware & glassware are supplied by Ruvolo from Brazil.   There are more storage & organization products than kitchenware, mostly supplied by Metaltru from Brazil.  There are also bathroom goods branded by Corona and Titz branded mops.   A visit to a white goods store resulted in seeing some Hamilton Beach blenders and slow cookers in good supply, likely supplied through a third country distributor, Kenwood blenders and Daewoo (Korean) large appliances.

Paladares (privately owned restaurants) did have some U.S. appliances in use, likely parallel imported or hand carried into Cuba, such as Vitamix juicing machines and Hamilton Beach blenders.  There were only two “malls” of note in greater Havana, the Carlos Tercera Mall and Avenida Paseo (across from the Melia Cohiba Hotel).  Both were much smaller than a typical international mall, with very limited storefronts.

There appears to be a very limited consumer market in Cuba in the short term, consumers simply cannot afford U.S. goods at their current income levels.  There is an opportunity to sell to the private/commercial sector (HoReCa market) in the short-to-mid-term (once the market opens).  Once incomes rise due to U.S. tourism, there could be a play to a small but growing consumer market, but this will take time (years).  Due to the lack of infrastructure and suitable resources within country, the IHA suggests that it is not appropriate for a market visit by high-level executives accustomed to quality services. It would be suitable for international managers already in the Caribbean/Latin America market to visit and learn about the Cuban market, but with a long-term outlook in mind.

Whether or not a U.S. exporter decides to sell into Cuba once the U.S. embargo is lifted, it would be wise for U.S. brands to initiate trademark protection in Cuba to prevent false registrations by third parties.  For more information about Protecting Your Brand in Cuba, please visit the recent IBC article written on this topic.