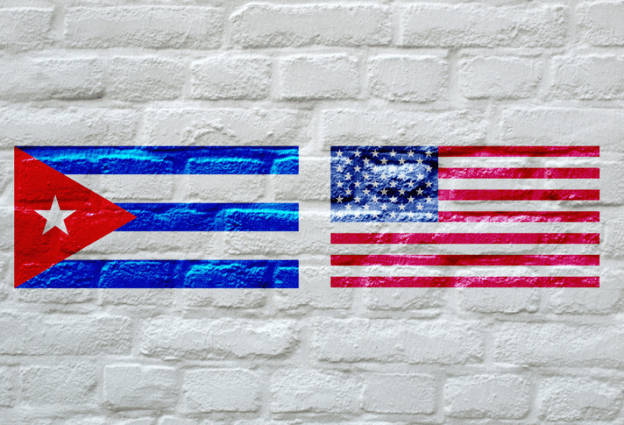 Prior to Fidel Castro coming to power, the following three statements pertained to Cuba:

Diplomatic relations between the U.S. and Cuba were then severed for the 53 years between 1961 and 2014 under the Castro regime. In 2015, U.S. President Obama and Cuban President Raúl Castro agreed to restore ties.  Today, the U.S. operates an embassy in Havana, and Cuba has an embassy in Washington D.C. 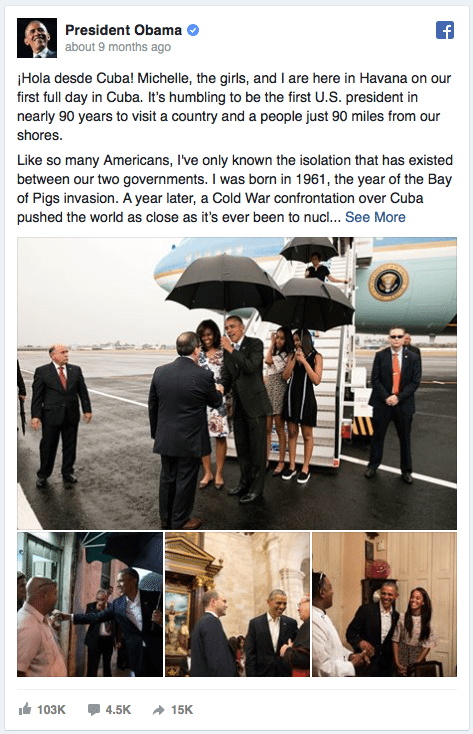 The trade embargo, which prohibits the sale of commercial merchandise, however, is still in effect, making it illegal for U.S. companies to conduct business on the Island.  President Obama has begun to ease commercial restrictions, allowing U.S. travelers to bring back Cuban cigars and rum into the country.

A White House website article, “Charting a New Course on Cuba,” outlines the current Cuba policy and the next steps to be taken to normalize relations.  Those interested in selling products on the island should note one important section of the policy:

Authorize expanded sales and exports of certain goods and services form the U.S. to Cuba The expansion will seek to empower the nascent Cuban private sector and make it easier for Cuban citizens to have access to certain lower-priced goods to improve their living standards and gain greater economic independence from the state.

While this does not in itself authorize full-scale commerce, it is clear that the door has begun to open.  The White House Press Office has also posted information on current efforts to restore relations with Cuba in their “FACT SHEET: Charting a New Course on Cuba”.

The passing of Fidel Castro on November 25 is certainly a significant milestone that perhaps portends the beginning of the end of the long-standing disagreement between the two capitalist and communist nations.  Raúl Castro, Fidel’s 85-year-old brother, is now in control and has been called “a transitional president between the old guard and the future…” by Volker Skierka, a Castro biographer and Cuba expert in an article posted by The Guardian newspaper.

With the recent election of Donald Trump as the next U.S. President, however, the direction and speed being taken to normalize relations may change dramatically.  When interviewed by Fox News, Reince Priebus, the incoming White House Chief of Staff, said that President elect Trump will keep his campaign promise to void the 2014 deal made between President Obama and President Castro unless further demands, which include “religious and political freedom for the Cuban people and the freeing of political prisoners”, are met.  Time will tell if President-elect Trump will be able to renegotiate a favorable diplomatic and trade deal with Cuba.

Although no one knows for certain what is next on the horizon for U.S. and Cuban relations, U.S. companies are already registering their brand names in order to protect their commercial interests for if and when they are legally permitted to conduct business on the island.

According to the Miami Herald in an article published on November 15, the Cuban Office of Industrial Property (OCPI) has received more than 1,000 applications in 2016 to register trademarks from U.S. companies.  American companies that have submitted applications include Netflix, Hershey’s, General Motors, Disney, Starbucks, Domino’s, Apple and Microsoft.

Cuba has a “first-to-file” policy, allowing anyone to register a trademark, provided it has not previously been registered.  It is therefore possible for someone to register a trademark and then attempt to “sell” the rights back to the rightful owner.  Thus, even if you do not plan to sell products within Cuba in the immediate future, it still may be prudent to register your brand name to ensure that it is available when you do decide to enter the market.

As an alternative to registering directly through the OCPI, American companies should know that Cuba is also a signatory to the Madrid Protocol, which is an international registration treaty that allows companies who have submitted an “international application” to seek protection from any member country.  It is important to note though that each country may apply their own laws to determine if trademark protection can be granted.  Additional information about the Madrid Protocol is available on the United States Patent and Trademark Office.

A patent and trademark attorney should offer advice on the appropriate type of registration for your company and brand.  Although the listing below does not represent an endorsement, the following two law firms have published informative articles about registering a trademark within Cuba:

Although no one knows for certain what is in store for U.S. – Cuban relations, it certainly is a small but potentially interesting market that is worth watching. Cuba has just 11.38 million people, and it would be safe to say that there is a dearth of disposable income.  Therefore, it’s important not to get too carried away.  At the same time, if Cuba becomes what is was in the 1950’s, then there is an opportunity to get in on the ground floor.

The International Business Council plans to take a small group of members to the island country as soon as appropriate to begin exploring opportunities in this yet-to-emerge market.  Watch the IBC website for additional details and updates.