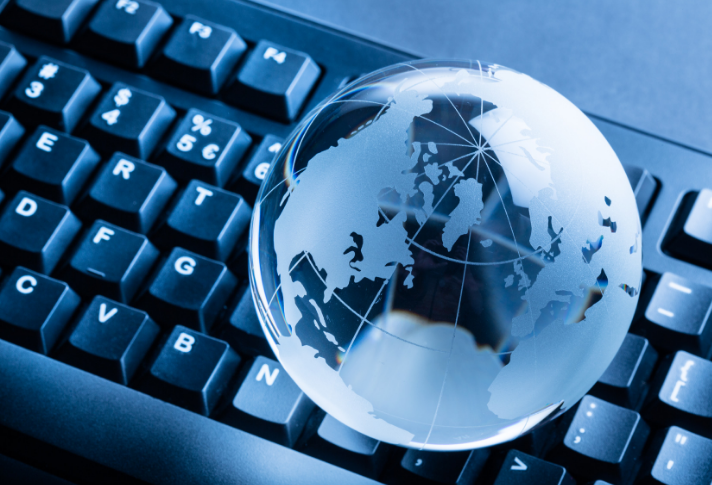 In a summary of 2018 year-end results and 2019 projections, four of IHA’s global partners give members an update of what happened in 2018 in their markets of responsibility as well as some indicators of what 2019 holds:

Based on conversations with retailers across the country, the 2018 holiday season in Canada was ‘okay’ or flat. Either on par or slightly below 2017, which had been a very good year for most retailers in Canada.

On the bright side, a high U.S. Dollar exchange rate stopped those Canadians living in border towns from shopping in the U.S. this holiday season. But poor market conditions, combined with a nation-wide rotating postal strike in November, severely impacted overall sales, especially online. Ecommerce, which had been growing in double digits, slowed as consumers were to hesitant to order online just in case it was not delivered in time.

Independent retailers focused more on their brick & mortar outlets and consumers responded by venturing out beyond their computer screen. A relatively warm season in most major cities helped bring out more foot traffic.

The latest data from Statistics Canada show that total Canadian non-adjusted retail sales for 2018 were up just 3.0% over 2017.  For the 3 months ending November 2018, retail sales gained only 1.4% year-over-year, which is less than inflation.  As we wait for final December results, it seems certain 2018 will end up as one of the worst years on record for Canadian retail sales. Growth for the year-end is likely to end up at around 2.9%, much less than the 7.1% gain made in 2017.

After rising to a 5-year high in 2017, annual retail sales growth in the General Store Merchandise sector hit a 5-year low in 2018. Retail sales were up just 1.4% year-over-year for the 3 months ending November, another 5-year low.

A number of store types are not doing well. For the 3 months ending November 2018, furniture stores’ retail sales were down 3.2% year-over-year, building materials and garden equipment/supplies dealers declined 2.7%, and home furnishings stores lost 1.3%. The largest gain was by miscellaneous store retailers, up 10.1%. This was pushed along by the recent addition of cannabis stores to this group, after Canada legalized recreational and medicinal marijuana on October 17, 2018. Cannabis stores’ retail sales were $54.4 million in November 2018 but could have been higher if not for supply restrictions and postal strike.

For department stores and mass merchants, growth for the fourth quarter of 2018 is estimated to be between 2.3% to 3.6% according to Kubas consultants.

The Mexican retail sector registered a sluggish year in 2018, posting same-store sales growth of just 0.1% and all-stores growth of 3.5% for the year, according to the National Retailers Association (ANTAD).  Retail performance showed deceleration at year-end, posting the slowest fourth quarter expansion since 2014.  On the plus side, sales during Mexico’s four-day “Buen Fin” (Black Friday) promotion in 2018 grew 8% with respect to the previous year, the national chambers of commerce, services and tourism (Concanaco Servytur) reported.  On-line sales during the promotion jumped 50% for the same period, demonstrating ongoing advances in consumers’ shift to shopping online.

ANTAD is adopting a cautious outlook for 2019, projecting a 2.2% increase in all-stores sales but a contraction of 1% in same-store sales for the current year.  The growth of e-commerce remains a leading trend for the industry, with Mexico striving to exceed US$20 billion in on-line sales for the year,  with the hope of surpassing Brazil as Latin America’s top e-commerce market. Industry analysts project that policies proposed by the new Mexican administration could provide a boost to retail.   These include monthly stipend programs for qualifying members of segments such as youth, elderly and the disabled, as well as a 16% increase in the minimum wage. Bodega Ahorrará is expected to benefit in particular from these measures across its formats.  Also, the new government reduced the VAT tax in the northern zone along the U.S. border to 8% from 16%, which is expected to provide a sales bump to store chains well established in the area such as Soriana, Walmart, Casa Ley, HEB and Super Norte.

Although specific data on retail markets in Central America is scarce, a variety of indicators suggest that the industry outlook should be moderately optimistic region-wide for the coming year.  Nicaragua currently is facing the steepest challenges due to political instability as well as new tax increases in a range of areas affecting businesses and consumers, however other regional economies are experiencing more positive market conditions.  Panama, for example, registered growth of approximately 5% in imports of consumer goods last year and is projecting economic expansion in the range of 5.6% for 2019.  Honduras, Guatemala, Costa Rica and El Salvador all anticipate 2019 GDP growth in the range of 2.5 – 3.5% for the current year.  Consumer markets in Guatemala and El Salvador are being driven by the strong performance of remittances from abroad, which grew 13% and 8%, respectively, in 2018.  Representatives of the Guatemalan Central Bank and the Central American Business Intelligence business organization have been cited in the media predicting a strong 2019 driven by the inflow of money to consumers from abroad.  Analysts in Costa Rica have been more cautious, citing interest rate increases, adverse exchange rates and economic uncertainty as threats to consumer spending.  In specific retail developments, in Costa Rica the country’s national competition commission recently blocked a move by Walmart to acquire the local Gessa supermarket chain, on the grounds that the loss of competition would drive up prices to consumers.  In Panama, late last year, the Ecuadorian retail operator Corporación Favorita acquired a controlling share in Panama’s El Rey grocery, pharmacy and convenience store chain.  Grupo Rey will retain a 27% ownership share of the chain.

The German retail sector continues to forecast nominal sales growth of 2% for 2018, but overall sentiment has weakened slightly from earlier this year. According to estimates by HDE (Handelsverband Deutschland – German Retail Federation, turnover should climb to EUR523.6 billion from EUR513.3 billion in 2017. In April, the association still expected a slightly lower increase to EUR523.1 billion euros. In 2017, the nominal increase was 4.1% and the real increase was 2.6%. HDE noted a slight decline in sentiment among retailers, with smaller retailers more pessimistic about the future than their larger peers. In addition, compared with a year ago, retailers in the electronics and clothing sectors are clearly more pessimistic. According to HDE’s survey, 59% of electronics retailers say conditions in their sector have worsened. About 53% of clothing retailers say their sector has worsened compared with last year. There was a particularly strong growth in the e-commerce and mail-order business. It increased by 6.2% in the first eleven months of 2018. Consumers are open to digital innovations. From January to October 2018, the German retail sector generated a real turnover of 1.4 % and a nominal turnover of 3.1 % more than in the same period of the previous year. For the Christmas business in November and December HDE expected a growth of around 2% percent to more than EUR100 billion. That will be the first time that retail trade rises to over EUR100 billion for Christmas sales. The driving force in turnover will continue to be e-commerce. Offline turnover is anticipated to have risen nominally by 1.5% and online turnover by 9.6% compared to 2017.

A current survey of the HDE shows that the expectations of the companies differ. Smaller businesses are clearly more pessimistic in the end-of-year spurt than larger companies.

According to Statistics Netherlands (CBS), turnover in the Dutch non-food retail sector grew 3.1% in 2017. Do-it-yourself items, including kitchen and flooring turnover grew 7.5%, while furniture and household stores recorded 4.5% turnover growth, all reflecting a robust housing market. On the other hand, turnover of consumer electronics stores declined 2.1%.

In 2018 consumer electronics performance is expected to remain feeble, while revenues in the living/home-related segment are expected to increase by about 4%, thanks to the strong housing market and robust consumer confidence. After a slight increase in 2017, businesses´ profit margins are expected to have leveled off in 2018, mainly as a consequence of tougher competition.

This competition is mainly driven by the extraordinarily high growth rates of the online retail segment – at the expense of offline sellers (in 2017 the volume of online sales rose 19.5%), and this trend is set to continue. The number of brick & mortar stores has significantly decreased in recent years, despite the fact that high streets also benefits from the current sales increase. Various retail chains have shifted their focus to online sales. At the same time, we see a significant number of new foreign retail chains entering the Dutch market, especially in fashion retail, but also in the DIY and kitchen segments. Competition is especially fierce in the largely saturated consumer electronics market, where bottom prices have been reached in various categories and the number of retail chains has decreased significantly over the last 10 years. Despite generally decreasing sales, the top three online players managed to achieve such strong growth rates over the past couple of years that they pose a serious threat to the remaining but struggling established chains. Large foreign platforms such as Amazon and Alibaba are increasingly paying attention to the Dutch market, which will result in even more pressure on prices and the margins of established players.

Payments in the Dutch non-food retail sector take 60 days on average, and while non-payments decreased in 2017, they are expected to have leveled off in 2018. Non-food retail insolvencies are expected to decrease further in 2018 (by about 2%-4%), after a decline in 2017. However, this remains a high level when compared to other trade sectors.

The UK retail market had a difficult end to 2018. The British Retail Consortium (BRC) reported “the worst Christmas figures for retailers in 10 years.” This was partly offset by the continued emergence of Black Friday and Cyber Monday as key retail events in the UK market – 10 years ago they did not really feature at all. However, overall sales for the period were weak and there were mixed fortunes for retailers.

The high street in the UK has seen tough trading conditions in 2018. House of Fraser and recently Steamer Trading have both gone into and been bought out of administration. Several retailers like M & S and Debenhams are during a store closure program to remove loss-making stores from their business and at the time of writing, Tesco is planning to shed 9,000 jobs to cut costs.

There has been a move for boutique retailers from outside the UK to enter the market like Hema, Tiger and House UK. Online destinations like Wayfair, Amazon, Amara and Very continue to grow (Very reported a 3.6% growth in Christmas sales). Amazon is rumored to be set to launch Amazon Go stores onto the UK high streets in 2019.

The broader economy is still suffering from the uncertainty around Brexit and what the UK’s future trading relationships will look like. This is mitigated by high employment levels and low inflation (2.1% in December).

Brick & mortar retailers can expect the difficult period to continue while facing a cautious public combined with ambitious online competition.

Grocery performed reasonably well, whereas department stores had a mixed holiday period. Some of the highlight figures for the Christmas period were: