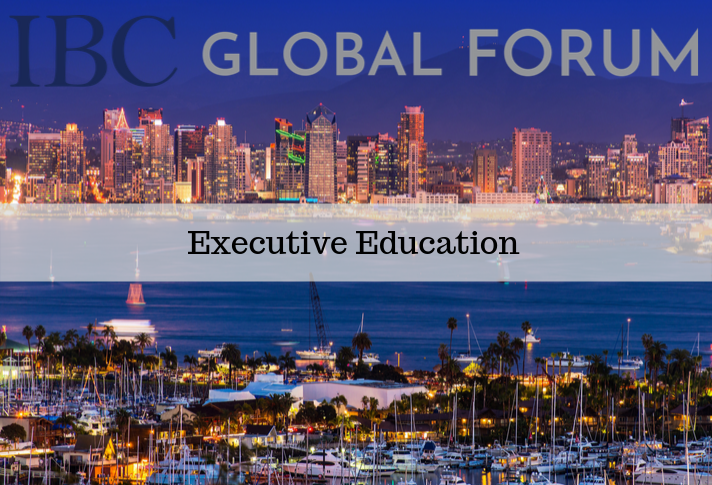 The Rise of Global Influencers: How to Engage Micro Influences to Fuel Sales – Part Two

After a refreshment break and conversations, Dr. Patrick Lynch reconvened to dig deeper into the business of influencer marketing. Participants paid attention….

Stating that “every business is an engine fueled by attention,” Lynch presented a graphic that revealed since 2001, the largest companies on earth have switched from energy and finance organizations to technology and marketing/sales networks. Scarcity governs economics. Data alone is not the basis of an economy. Attention is intrinsically scarce and capturing attention and delivering benefit creates value. How to value a company? The “old school” metrics were based upon return on infrastructure—physical assets. That model matured to value return on knowledge—intellectual property. Today’s model now adds the layer of return on relationships.  He gave the example of summoning a taxi compared to using Uber. The Uber service reduces anxiety— concern about length of time to wait, actual trip length and payment—while delivering convenience. The assets of Uber and Airbnb are not physical assets: “uberfy” how you think about your products. Realize that you are not selling plastic storage boxes but are offering anxiety reduction and convenience.

How to Manage Attention?

We are deluged with information and infinite choice. It is hard to focus and prioritize. We need to make sense of the data. We must rely on the guidance of people who have already vetted the options. Surveys reveal that globally, although levels of trust vary by country and culture, most respondents trust recommendations, with women preferring to see the product in use and men preferring “expertise.” Influencers with established credibility can have profound effects on the opinions and actions of their audiences.

Influencer Marketing in the Tech Era

Lynch noted the influencer originated in the 1700s when royalty and aristocrats began to endorse products, moving in the 1800s to celebrities as identifiers, then film stars and invented characters (Santa Claus, Tony the Tiger, Betty Crocker) to connect customers with a company’s qualities. Today, influencers with large online followings and offline careers capture big contracts with big companies. Such influencers have millions of followers. By zeroing on small and smaller spheres of influence, brands can choose to work with influencers who have micro and nano-sized audiences of 50,000 to 1,000 followers. This shift from mass to micro can deliver smaller audiences with higher engagement. Such niche followings often engage passionate advocates, thought leaders and new audiences. Each new purchaser can boost your sales further via their own networks.

Lynch explained six ways to work with influencers and how these types of relationships differ in their terms, payments, content sharing constraints and costs. He then challenged the groups to discuss which types would work for their brands.

Getting started soon prompts basic questions. Lynch answered each one with specifics and tips, including details like the value of using hashtags and emojis, fee structures and ROI calculations.

Look through the Influencer’s history of posts to ensure it aligns with your ethos. Frequency, trends and demeanor counts.

Think of it as a long-term campaign and collaborate. Provide guidelines and examples; an influencer’s authenticity and artistic license should work in your favor.

He reminded attendees that they too can be the influencers. Comment on consumers’ postings to build relationships. Post content that positions your own products as solutions.

The Game of Influencers

After this rollercoaster of facts, figures, images and impressions, Lynch brought the audience back to basics—with Aristotle. The ancient philosopher’s structure for thoughts, emotions and actions create the building blocks for how to work with influencers, a process that upends traditional marketing.

Influencers thrive on Ethos and build links to Pathos and Logos. Brands traditionally focus on Logos, with weak Pathos and Ethos.

This introduction set the stage for action. Lynch distributed game sets (several types of cards, as well as tokens, dice and scoring sheets) to equip each team at six tables. Cards for housewares products such as blenders and vacuum cleaners, identifying prices and features, were in each deck, along with other types of products at similar price points, like laptops or TVs, which might compete for consumers’ desire. Other cards named events connected to product use. One card listed the lifestyle, value and purpose characteristics of a consumer.

He began by assigning roles to the players. Each role had a mindset and certain information to share with the group. Roles in this first round were brand manager, marketing manager and marketing associate, each of whom made the final decision on whether the product met one consumer characteristic. Lynch added new personnel with each round, such as social media and customer service supervisor, and cards also determined consumer persona. Cards showing specific influencers, with their own personas and interests, reputation and audience type/size challenged participants to find the right match.

Games became quite heated, with laughter, cheers and groans accompanying the roll of the dice as competitive, shrewd business people discovered the consequences of their decisions as conditions changed. Positioning a product with the right persona for the appropriate consumer and choosing the right influencer required sensitivity and sometimes luck. A wrong choice or unforeseen circumstance could make or break a campaign, with resulting gains and losses. Participants not only learned about the teamwork required, they learned to reimagine their products and environments and reformat what they can do to appeal to influencers.

Lynch created this version of the card game specifically for housewares executives, based on insights he gathered from interviews with IHA members who have successfully worked with influencers.

Global Forum attendees included international sales managers, directors of marketing, CEOs/founders of companies and international retailers. Whatever their role, participants learned about the complexities of this new form of marketing. Some could take this learning back to coworkers most directly involved with product development or marketing, others reframed their thinking.

Richard Elden, CEO and founder of dbest products, Inc., said, “Lynch’s presentation was transformative for me. It was the first time I understood—this gave me a window to understand what influencers truly value and how they choose which products to work with. Although the Global Forum is aimed to develop international business, this presentation helped a manufacturer in my role. Now I see how influencers touch not just the consumer, but the consumer’s values.”

Elden added, “When I first looked at the agenda I thought this Global Forum would not be for me. But then at a recent CORE meeting (dbest is based in Los Angeles), other participants commented on the value of IHA members getting together. That changed my mind and I decided to come. This program definitely applied to me. It will shape the way I think about influencers going forward.”

Elden’s comments not only recommend the value of IHA membership, but also reinforce the impact of peer influencers.