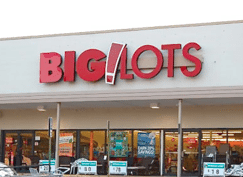 UK food retailer Tesco has acquired a minority stake in Lazada, an online retailer in Southeast Asia.  Lazada sells non-food goods.  Tesco has reportedly invested “tens of millions” of pounds in the company.

This acquisition is part of a larger effort by Tesco to increase its footing in ecommerce, as it also scales back its footing in brick and mortar retail.  Tesco is spending $750 million this year to develop online shopping and other digital services.

Household gadgets that were popular in British homes in the 1960s and 1970s are experiencing renewed popularity with consumers. Retailers such as John Lewis are reporting dramatic rises in sales of retro products including electric blankets, electric carving knives and serving trolleys.

Walmart’s international expansion of its Sam’s Club chain is proving to be an essential part of the retailer’s strategy to counteract stagnant sales in the US. Sam’s Club was introduced in China as part of Walmart’s efforts to “reset” its struggling business in China. The expansion of Sam’s Club is also tapping into the rapid growth of the country’s growing auto market, which is transforming Chinese consumption habits. According to Greg Foran, head of Walmart China, approximately 90 percent of shoppers at Sam’s Club drive to the store versus 10 percent who drive to Walmart Supercenters.

Walmart currently operates approximately 400 stores in China, and although it plans to close around 15 to 30 stores over the next year, it also plans to open an additional 100 new stores. The retailer was ultimately focusing more on growth than on quality and the company has expressed publicly that this would be improved. Walmart currently operates around 10 Sam’s Clubs in the country but they expect to open two in the country every year.

Walmart is increasingly targeting their Sam’s Club warehouses to affluent shoppers, placing their stores on the outskirts of tier 1 and tier 2 cities where incomes and car penetration rates are highest. These locations are primarily provincial capitals and independently administered conurbations such as Beijing and Shanghai. Furthermore, the large parking lot outside of Sam’s Club in southern Beijing is just one sign that the customers it serves are increasingly mobile.

India’s Foreign Investment Promotion Board (FIPB) has approved Tesco’s USD110 million plan to invest in Tata-owned Trent Hypermarket (THL). The deal was widely expected to be cleared without much political opposition and thus paves the way for the first successful foreign direct investment (FDI) proposal in multi-brand retailing.