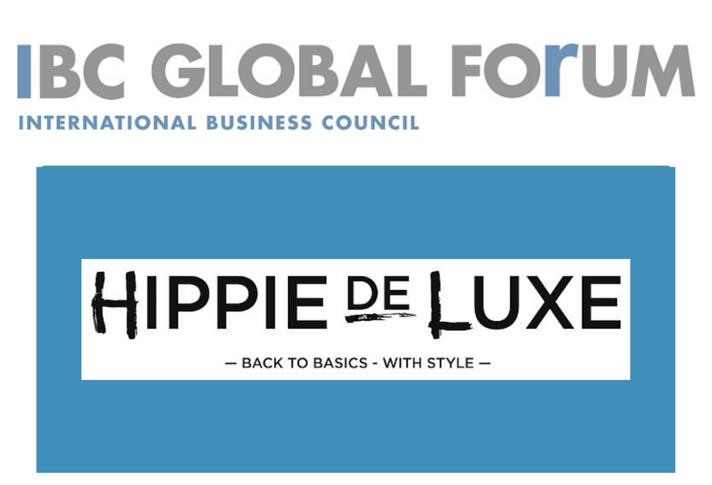 After hearing about the largest economy in the world, 2016 Global Forum attendees learned about the smaller, differentiated markets of Scandinavia to close the conference.

Linus Kolmevik is the owner of Hippie de Luxe, a distributor of high-end kitchen tools and gadgets, kitchen living and small appliances within the Nordic markets of Denmark, Norway and Sweden. Hippie de Luxe represents several American brands, including Nordic Ware, Sage and Sassafras, as well as several European brands. Mr. Kolmevik has extensive experience in international sales and marketing.  Prior to founding Hippie De Luxe, he was the CEO and export manager for the Swedish mixer supplier, Ankarsrum Assistent.  Mr.Kolmevik also represents IHA in Scandinavia.

Mr.  Kolmevik discussed the nuances of three Nordic markets that have a combined GDP of US$ 1.437 billion. Mr. Kolmevik presented Hippie de Luxe’s approach to product distribution and identified the key retailers it targets. Scandinavia is comprised of three small countries with strong economies, differing business cultures, languages and currencies, but still much in common.

Mr. Kolmevik outlined Hippie de Luxe’s operations and product assortment in high-end cooking appliances and kitchenware. He presented demographic information about the three countries, their geographic sizes and low population densities.  The largest city is Stockholm, Sweden with 2.2 million residents, followed by Copenhagen, Denmark with 1.2 million and Oslo, Norway with 600,000.

Basic guidelines of doing business in that region: MAP is not allowed in Europe; vendors can only recommend prices, retailers are free to set their selling price without supplier influence. There is Free Trade within the European Union, even though Norway not part of the EU. VAT is always included in retail price; in Scandinavia the VAT is 25%. Amazon is not yet operating in Scandinavia. Vendors can work with distributors or agents and can sell directly to retailers and consumers.

Elgiganten operates 300 stores yielding  $4 billion USD turnover. The chain is owned by Dixon Carphone. It guarantees the  lowest prices and carries giant brands and electrics such as Electrolux, Bosch, Siemens, Whirlpool and Kenwood.

Jernia maintains 150 stores in Norway and 40 in Sweden. The family-controlled company also owns the largest distributor in Scandinavia.  It carries big brands and private label products.

Royal Design operates 13 stores in Sweden and works online in 13 countries. Owned by a private equity company, it offers Alessi, ittalia, Eva Solo, Georg Jensen products to purchasers who are not price sensitive.

cdon.com  is an online store with sites in all Nordic countrie, with $500 million USD sales. It is listed on the Stockholm stock exchange.

Fyndiq.se  carries less expensive products and accessories and vendors set their own prices and add products as they wish.

Koketsfavoriter.se is a new site that started last year. It is owned by the largest publishing house in Sweden and maintains the biggest online store.  Will have sites soon in all Nordic countries.  Brands carried include Nordic Ware, Microplane, Dualit and Le Creuset. They also sell cookbooks written by chefs and marketed through their own publishing division.

Bagarenochkocken.se is a well-established webshop with sits in all Scandinavian countries. It focuses on kitchen tools and small appliances. It carries a wide range of kitchen machines, such as blenders and mixers by respected brands such as Berand, Kitchen-Aid and Smeg.

Christiana Glasmagazin is a family-owned company with 55 stores in Norway founded 300 years ago. It concentrates on glassware, kitchen tools and design. Always open to new things, it carries Bodum, Rosenthal, Stelton and Victorinox.

Athlens is a family-owned group of department stores with 65 in Sweden and two in Norway. It carries a wide assortment of goods, including toys and games to apparel and kitchenware, with brands such as Eva Solo and Le Creuset.

Kunst og koklkentoj maintains two stores in Denmarrk, one in Sweden and sells online. The family-owned retailer offers professional tools sold to consumers. It is known for its rigorous testing of products.

Sous vide cooking. This well-established method in restaurants is now getting more popular for home cooks. We are seeing many requests for a good and affordable sous vide circulator.

Selling direct to stores with exclusive products. Preferences for goods made in U. S and not China.

Customized kitchen depending on what type of food you make and who prepares the food. Specialized high end tools to match.

Tea has been trending for a long time, but coffee is back. Consumers are asking for coffee made from special beans from exotic places, special grinding with unique filters. Coffee lovers want to know where it comes from and how it is prepared.

Visit the IBC website to learn more about Global Opportunities including upcoming trade missions and pavilions.