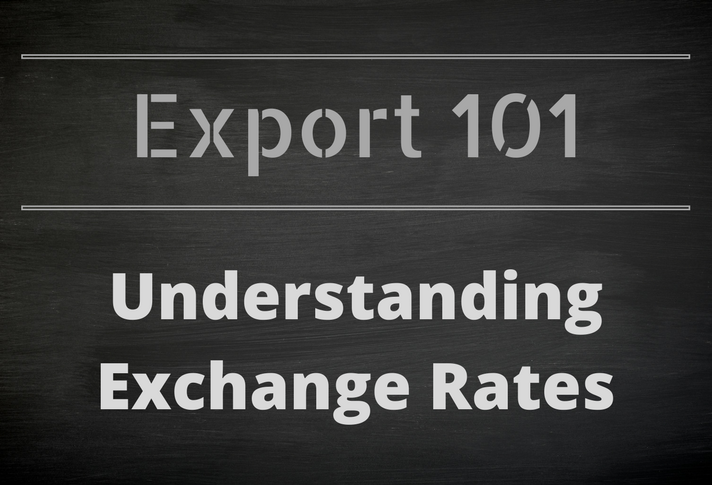 When conducting international business, it is important to take historical, current and forecasted exchange rates into account.  It’s also very important to determine the specific currency in which a transaction will be priced.  This decision will determine potential risks and rewards as exchange rates fluctuate.

As an example, US Company A sells their Product for US$1, which has an equivalent value of $2 in a foreign currency, to Foreign Company B.  Both companies are happy with this deal, and there is no currency fluctuation risk for either party if the currencies are pegged at this $1-to-$2 rate.  But, if the currencies are allowed to fluctuate, risks and rewards take place.

If the sell pricing is in US dollars, and if the rate changes to US$1-to-$2.5 (foreign), US Company A has no currency exchange risk and no opportunity for reward.  But, Foreign Company B does face a risk/reward scenario.  In this situation, they must now pay a 25% premium on the transaction as it now takes $.50 more to buy the same product.  Conversely, if the exchange rate changes to US$1-to-$1.50 (foreign), Company A still has no risk or opportunity for reward. Company B, on the other hand, now has the reward of paying 25% less for the same product.

So, looking at the change in the value of the US dollar over the past 24 months compared to other key currencies, it is easy to understand why it may be harder today to sell a product priced in US dollars than it was two years ago.

On November 1, 2014, it took .80 Euro to buy 1 US dollar.  Compare that to the rate two years later of .91 Euro to the US dollar, and you can see that products priced in US dollars are now 13.8% more expensive to European buyers.  The change is even more dramatic for the British Pound, with the rate changing from £.63 to £.82 (to the USD), effectively a 30% price increase to the British buyer.

The value of the US dollar has increased over the past two years compared to most currencies.   The following table shows the changes and impact on pricing:

As one can see from this chart, with the exception of Japan, buying US dollars, or products priced in US dollars, has become significantly more expensive over the past two years for foreign companies.  American product suppliers need to understand the pressure that the appreciation of the US dollar has put on foreign distributors and retailers, who now must pay more for the same product.

If each party continues to take the same margin over the two-year period, the price of the product to the consumer would increase 30.2% in the case of the UK and 18.6% in the case of Canada.  If the market will not bear this increase, margins would need to be reduced along the way – retailers, distributors, sales reps and product suppliers may all need to cooperate to share the currency fluctuation burden.

There is another side of the currency equation, and that is on product sourcing.  Going back to the example, if US Company A was sourcing their products in a foreign country in a foreign currency, they may be the beneficiary of a currency exchange reward on product cost.

Now, if a sourcing agreement was in US dollars, a US supplier doesn’t have the exchange rate risk, but would also not benefit when the dollar strengthens as well.  But, the factory being sourced from will get the benefit of the stronger dollar, as they will be converting their proceeds from the purchase back into their local currency.  There thus may be an opportunity to renegotiate the purchase price, which may allow the US supplier to provide relief to partners on the sales side of the currency equation.

Therefore, it is important for US suppliers to contemplate and review periodically the impact of foreign exchange fluctuations on international distributor and retail partners, not to mention the local consumer price in foreign markets.  It may even be beneficial to set a high and low exchange benchmark at which pricing might be re-evaluated or renegotiated.  For US suppliers considering to offer products in foreign currencies (i.e., in GPB or Euros via a European warehouse), a similar risk (and reward) would be the onus of the supplier.  Therefore, a foreign currency pricing strategy should also include a hedge against large currency fluctuations.