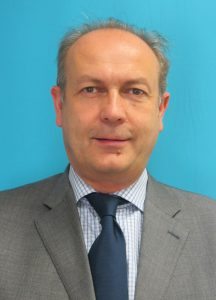 Mr. Ladham began by introducing the six Gulf Corporation Council (GCC) countries of the Pan Gulf region: Kingdom of Saudi Arabia (KSA), UAE, Kuwait, Oman, Qatar and Bahrain; he also briefly commented on the potential in Iran and Iraq. He outlined trends in the GCC countries’ GDP and GDP/ capita—five countries enjoy 30 to 60% growth rates and Qatar has grown 80% over the recent five years. He listed hypermarket key retailers that appear in the region: Carrefour and Geant along with local Spinneys and Panda and noted retail brands such as Pottery Barn, IKEA and Crate + Barrel, Williams Sonoma and Lakeland. International restaurant chains including Red Lobster, Olive Garden, The Cheesecake Factory and IHOP see high traffic. These businesses have zeroed in on countries with small populations with high spending power.

He outlined trends in the GCC countries for family size, population growth and percentage of native vs. expat residents. In the KSA, 20 million of the 29 million residents are nationals—indicating stability, while in the UAE, only 1 million of the nearly 9 million residents are nationals. In Kuwait, about one-third of the residents are nationals. Most of these economies are based on oil revenue; Qatar’s economy is more vulnerable because it is based on natural gas. Bahrain is the most socially liberal region; its economy is based on tourism and it has consistent daily retail hours. Birthrates in these countries have decreased; families typically have two children, down from four or five per household in the past. Some countries are now incentivizing larger families and home building.

Three generations often live in one luxurious large home and the family celebrates holidays and entertains neighbors frequently. A typical Kuwaiti home has two dining rooms, two kitchens and separate entertaining areas for men and women on the public first floor. Families take pride in regularly updating their furnishings; cookware and tableware are replaced annually and furniture and décor are changed every three to five years.

He also outlined the media landscape and how publications, television and social media influence tastes and shopping behavior. Retailers post news items several times daily on Instagram and Facebook. Twitter is favored by the expat market. Celebrity chefs are popular and the culture of fresh food and international cuisines is growing as women have the leisure time and interest to experiment in the kitchen.

Mr. Ladham has worked in the UK, Africa, the Middle East, Turkey, China and India. He began his career at Marks & Spencer (M&S), on the team that originated the company’s home business, where he learned buying and merchandising processes that gave him the skills and understanding he continues to use in business with his staffs today. In 1991 at Woolworths in South Africa, he developed strategic partnerships for overseas sourcing and created a brand format that resulted in growing franchisees in East Africa and the Middle East. In 2000 he returned to the UK and joined Kingfisher Pic. In 2005 he became director of UK Trade and developed its new low cost format, specialized supply chain and trade-focused marketing. Based in India from 2010 to 2013, Ladham grew Future Group from six to 38 stores while restructuring the entire operation around retail best practices, earning the gia Global Innovation Award in 2012.